If you want to get your product or service in front of the most people possible, Facebook Advertising Services remain one of the most effective tactics for accomplishing this. Despite the rise in other social platforms in recent years, such as Instagram, Snapchat, and newcomer TikTok, Facebook is still the largest social media platform in the world.

The social media behemoth still hogs 80% of the total ad spend across all major platforms. This should tell you everything you need to know about how important it is not to ignore Facebook advertising services for your business if you want to remain competitive.

As data-driven advertising becomes increasingly more detailed and complex, so, too, do the processes of running ads on these platforms. Though there is an effort by Facebook, Instagram, and other social apps to streamline their ad creation and publication process, the fact is that advertising on these platforms is still somewhat of an arcane science for most. It’s one thing to run an ad, it’s another to actually run one that performs.

So businesses everywhere are faced with the conundrum of either running ads themselves with in-house knowledge or hiring a professional agency to do it for them. Here’s why the latter scenario remains the only viable option in such a competitive and results-driven environment.

It may be true that with a little bit of research and some bumbling around, most people can run a single promotion or ad on Facebook. However, knowing exactly what you need to do in order to target the right audience, retarget them properly, and sell your services to them with the right combination of visuals and text is another world entirely.

These days, given how complex the Facebook ad manager is, anyone other than a seasoned professional is going to be getting lackluster and underperforming results. This is because, by definition, Facebook advertising relies on leveraging a massive amount of data points as well as keen social media knowledge in order to produce results. If you aren’t an expert in these areas, you’re not going to be able to take advantage of advertising on the platform.

The data shows that people are spending more than ever online, and Facebook as a platform is driving a huge portion of those sales. Facebook advertising services are one of the only reliable ways of truly stepping into this market and profiting from it.

Without the proper guidance, you can easily sink thousands of dollars into Facebook and not see a single penny in return. There is a kind of science behind running ad campaigns on Facebook, and if you aren’t “hitting the books,” you can’t expect to see the same results as a professional agency that tests and runs ads every day.

Advertising through Facebook is still immensely profitable, making it more relevant than ever if you want to get your product out there and see results. Millions of potential customers can be expertly targeted and sold to by an agency like Genius eCommerce, who specialize in Facebook advertising services.

Facebook advertising is extraordinarily competitive and relies heavily on a number of factors in order to produce results, including an understanding of retargeting and installing Facebook pixels, what kinds of photos and copy work best, the frequency with which to run ads, split testing and more. This is something you don’t want to chance by doing it yourself, as you stand to lose quite a bit of money and not see much of a return.

Instead, trust a reliable agency like Genius eCommerce that have a team of professionals knowledgeable in Facebook advertising, who can get you the precision results you are looking for that can make a difference for your business. 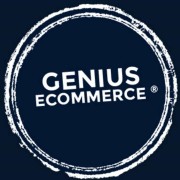