Did you know scriptures say there are potentially 8.4 Million Yoga Asanas? One for each species in the universe! But thankfully we don’t need to know all of them, for mortals only 84 are relevant. But alas, while names of all 84 are available, they have not all been described in the ancient manuscripts. So, unfortunately, some asanas are lost to us for good, but on the bright side, some are not. And that’s what we will be focusing on in this article. But first, let’s review the basics. Yoga For Improve flexibility

The primary purpose of Hatha Yoga is to induce deep relaxation and restore balance to the body, so the yogi can sit in meditation. In this process there are four stages:

Swastikasana is a cross-legged meditative position in which the feet go under the thighs on either side emulating the pattern of a Swastika Symbol. This is the first physical posture described in Hatha Yoga Pradipika.

Toes of both the feet are inserted in the gap between the calves and thighs. Adjust the position so that the ankles are not grating against each other. A folded blanket can be placed under the hips to elevate the seat.  This makes it easier to bring the bottom foot toes on the opposite thigh. The spine must be straight so nervous impulses can freely travel to the brain.

Gomukhasana is traditionally done by locking the fingers of both hands behind the back. However, Hatha Yoga Pradipika verses do not mention anything specifically about the hand position. Typically in Gomukhasana, the hands are clasped behind the back in what is called the infinity formation.

Alternatively, hands can rest on top of the knees or can be placed on the floor ahead for a forward bend. Eyes can be open or closed.

If it is difficult to get legs in this position, start with keeping one leg straight and the other bent in what is also called the half shoe-lace position.

No specific benefits are mentioned in the text, however, this posture is considered good for the reproductive system.

As per the Bihar School of Yoga, there are two techniques to do this pose. In the first option, one foot should be bent such that we are sitting on the big toe (like in Vajrasana). The other foot can be placed over the opposite thigh (like in Ardha Padmasana) with the knees wide and hands in a meditative mudra. Alternatively, we can simply bend the knee and rest our elbow on it, as shown in the second photo.

No specific benefits are mentioned in the text, however, this posture is a great alternative meditative position for beginners. Especially those who have trouble sitting in a cross-legged position can start with this.

Hatha Yoga Pradipika gives a very different explanation of Kurmasana compared to what we are used to seeing. Typically Kurmasana is practiced as shown in the first photo – facing down with our head between our legs and arms in a bind (refer to the first image). However, the verses in Hatha Yoga Pradipika define it as shown in the second photo (Image credit: Bihar School of Yoga). The first position is called Kurmasana because the body resembles a tortoise. But the second posture is called Kurmasana as it activates the Kurma Nadi – a subtle energy channel.

The second version is similar to Vajrasana except that the feet are everted – instead of sitting on the toes, we are sitting on the heels with toes pointing out. The knees are close together.

No specific benefits are mentioned in the text, however, this posture is considered good for improving energy and vitality in the body.

Kukkutasana begins with Padmasana, hence should only be practiced if we are very comfortable in the lotus posture (discussed below). Once in padmasana, slide the hands through the gaps between the legs as far back as possible. Lean forward and lift up onto the palms. The hips are off the groups and palms should be placed firmly on the floor with fingers wide, pointing forward. Weight should be balanced on both hands equally and lift off while inhaling. In the beginning, you can oil or water (after rolling up the leggings) to reduce friction while sliding the hands.

No specific benefits are mentioned in the text, however, this posture is said to help raise Kundalini energy as it imitates levitation.

Uttanakoormasana is the lying-down variation of Kukkutasan. Sit in padmasana and slide the hands through the legs like in the previous posture. If you can, try and grab the ears with the fingers and roll back to lie down on the floor.  This posture should be practiced only after learning Kukkutasana. In the final position, hands can either touch the shoulders or interlock behind the neck.

No specific benefits are mentioned in the text, however, this posture is considered great for relaxing and calming the nerves.

Yoga Retreat in Rishikesh  Yoga Teacher Training in India at Yoga School in Rishikesh as confident teachers with strong and solid teaching skills, ready to start their career in yoga.

Dhanurasana literally strings the body like a bow. The Hatha Yoga Pradipika mentions that the toes are held with the hands and pulled up to the ears just like a warrior draws his bow before releasing the arrow.

This posture has many progressive variations and if it’s difficult to hold the toes then it can be practiced by holding the ankles. If it’s difficult to lift up in this position we can practice lifting only the knees five times and then the chest five times. Slowly start combining both movements.

Breath can either be retained internally in the final position or normal breathing is done. Exhale while coming down.

No specific benefits are mentioned in the text, however, this posture is considered excellent for the digestive and eliminatory system. Because it opens up the chest and shoulders it improves breath capacity and helps in chest ailments.

This posture is so named as Sage Matsyendranath was said to practice this pose. There are different variations of it and the one shown in the picture above is called Ardhamatsyendrasana or half spinal twist. I’ve shown two versions, with and without the bind (Binding is not important and it is also a function of body proportion which can vary by ethnicity.). In the final version of Matsyendrasana, the foot of the bent leg is placed in a half-lotus position and not on the floor. It is a very advanced posture and should be done under guidance.

The text goes on to say that practicing this posture increases the digestive fire so much that it burns away all diseases and wakes up the Kundalini energy. Which in turn brings equilibrium to the ‘Bindu‘.

What is Bindu?
Bindu is representative of hormonal fluids secreted by the pituitary and pineal glands, also known as Soma. It drips down from the head and burns away in the digestive fire. If we can prevent this fluid from falling and wasting we can gain vitality and longevity.  looking to deepen their practice to grow their confidence and expand their knowledge of yoga. The curriculum covers everything from anatomy to the business of teaching classes and everything in between. Gain the skills, knowledge, and experience to be an amazing yoga teacher. join 200 Hour Yoga Teacher Training in Rishikesh

9. Paschimottanasana (Back Stretching Pose) For Beginner

Paschimottanasana is like touching our toes but while sitting on the floor. It is important to bend forward from the hips and not the spine. Often if the hamstrings are tight, we overarch the back instead of stretching the legs.  A good way to avoid this is by slightly bending the knees and trying to get the navel down rather than the forehead. Also, ensure that the head does not go too far forward out of alignment. The bend should come from the hips. Breathe normally or retain the breath internally. Inhale to come up.

The text endorses this posture as one of the best asanas which gives a flat stomach and increases the digestive fire. It also helps the pranic energy rise efficiently.

Mayurasana is a powerful position with many benefits. I’ve done beginner variations here using a prop. Place a block in front of you and the elbows on either side of the waist and stretch the legs back one by one. Lower the body down and rest the forehead on the block. Work on lifting the alternate leg off the floor one by one.  Once you’ve developed the strength work on lifting the forehead. Ensure that the wrist joint, neck, and spine are not in pain or discomfort.

The most important benefit given in the text is that it digests all types of food and increases the digestive fire to such an extent that even the deadliest poison is destroyed. This is symbolic of a peacock who can eat a poisonous snake. It also balances our doshas (Vata, Pitta, Kapha) which when vitiated can cause many diseases.

Note: Mayurasana can be very intense on the female reproductive system and individual precautions should be taken while practicing it.

Shavasana is a very relaxing posture that can even penetrate our subconscious. In the final position hands and legs should be separated and palms turned up. The entire body should be aligned in a straight line and not crooked. Relax each part of the body by ignoring the mental chatter and keeping the focus on the breath

Shavasana helps us remove any tension and reset our body and mind. Often we tend to skip it, but it is very important to make time for these moments of peace and stillness. 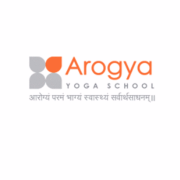 Mr. Rajneesh is seo and smo expart. In his capacity as marketing manager, he has worked in many institutions, promoting yoga worldwide. He monitors online marketing and promotion and has found a deep interest in the field yoga. Because of his passion for it, he is committed to spreading the word about 'Yoga' across the world.

Can Anime Lips Makeup Give You The Best Look?

One of the questions

5 Essential Oils That Can Help Reset Your Hormones

Why is Calcium needed in the body?