Which smartphones will get Android 10 Q update?

The title of the article tells us what this article is about. So I will not write more, because the size of the post will be much larger.

Many of us are excited to know about the latest version of Android, Android 10, or various features of Android Q, or to keep our Android updated with the latest version naturally when the update of Android Q will come to our phone or not at all!
In fact, since Google released the final update to any version of Android, companies from various smartphone brands have been sending updates to their pre-planned models. So by writing this you can know exactly which smartphone models of a company will get the update of Android 10 Q.

Let’s start with Google’s own smartphone brand Pixel series. Each of the Pixel series smartphones will get the Android 10 update, the list of which is as follows-

From September 3, 2019, the update of Android 10 has started on all the phones of Pixel. Pixel is the first smartphone brand to receive the Android Q update.

The idea is that with the announcement of the S11 will also come the news about Android 10.\

Huawei has reached a great position in the current smartphone world, which is why it also develops low-budget high-end flagship phones. On August 9 and September 9, respectively, Huawei has announced a list of some smartphones and the probable release of EMUI 10 and Android 10 Q updates. What is known from it is as follows-

It remains to be seen how Huawei will be able to overcome its sanctions and revitalize the market.

Motorola was once far ahead in the software or system update race. But lately, it has slowed down a bit. Even so, owning one is still beyond the reach of the average person.

No idea when the updates will appear.

not to mention regular updates!
Nokia has officially announced the update of Android 10, according to which the deadline to receive the update-

Dividing each year into four parts, the quarters can be found.

OnePlus 7 and OnePlus 7 Pro will start providing Q updates from September this year.
Besides, the smartphones of various other companies that will get the update of Android 10 Q-

If you are an Essential Phone user, you must have already received the update. Essential Phone started offering Q updates on the same day as the Pixel device on September 3rd.
The current time is the initial stage of the Android 10 Q update. In that case, gradually more smartphone models will be exposed and they will also be included in the Android 10 update. Some phones, however, will be released in stock with Android 10. While waiting for all these announcements, this article has come to an end till today. 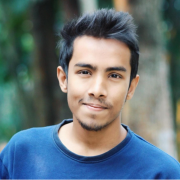 IT Security Monitoring Activation For Your Remote Workers