The movie: Just like a certain dungaree-clad possessed doll, Freddy Krueger fell firmly into killer clown territory as the Nightmare on Elm Street franchise evolved over the years. Sure, he’ll spray your organs all over the walls but you’ll die laughing, right? Look back at Wes Craven’s original movie, though, and Freddy isn’t to be trifled with. Our selective memories mean we often forget that this serial child killer’s burns come from him being incinerated by an angry mob of parents. Living eternally through their fear and guilt, Freddy becomes the ultimate boogeyman when he dons his favourite murder glove and goes after a whole new generation of Springwood spawn while they slumber.

Bed is meant to be safe. Secure. Free of razor sharp blades ready to plunge through your chest at any given moment… Robert Englund’s Freddy might be horrible to look at but it’s the very idea of falling asleep and never waking up again that’s the true terrifying kicker here. The desperation of Heather Langenkamp’s Nancy and her friends as they strive to stay awake to stay alive. No amount of caffeine or loud music can save you now, dreams are waiting and that’s where a maniac lurks menacingly in the dark to end your life. Yes, the whole movie is worth it alone for Johnny Depp’s spectacularly splattery death scene alone, but A Nightmare on Elm Street isn’t one to press the snooze button on.

The movie: So many Evil Dead 2 questions, so little time. Is it a remake? Is it a sequel? Would it actually be physically possible to switch out your missing (presumed possessed) hand for a chainsaw with relative ease? Well, thankfully, Bruce Campbell himself has answered the first two and explained that Sam Raimi’s cabin-based comedy horror is, in fact, a ‘requel.’ Whereas the original Evil Dead followed a group of twenty somethings to a holiday house from hell, the sequel revolves exclusively around Campbell’s Ash and his girlfriend Linda as they attempt to survive after playing a reading of the Necronomicon aloud. I’d be remiss if I didn’t warn you about someone being beheaded with a garden tool post reading.

Evil Dead 2 is perfect comedy horror. While it might not send you shrieking away from your screen, there’s a delightfully depraved viscerality to proceedings. Eyes in mouths, wall to wall gore, chainsaws feeling like the only option. It’s worth noting here, too, that if you do want something a little less punctuated with the word ‘groovy,’ then the Evil Dead remake from Fede Alvarez is truly something that can get under your skin. Where Evil Dead 2’s grim is played for much appreciated laughs and you’ll embrace the physical effects, Alvarez’s reboot errs distinctly on the unnerving side, making them a perfect double bill.

The movie: On release, Jennifer Kent’s haunted pop-up book became a whole generation’s boogeyman seemingly overnight. “Have you seen the Babadook? I didn’t sleep all night,” was hissed gleefully across offices and pubs. And for good reason. The Babadook is scary. The tale of a young grieving widow trying to look after her young son, this is a movie that sneaks under your skin and stays there. It also makes you ask yourself a lot of questions. What would you do with a pop up book about a creepy black clad figure in a top hat? Would you read it to your already traumatised young son? What if he begged? And how would you deal with the ‘haunting’ that follows…?

Like the best horror movies on this list, the Babadook isn’t just about scaring its audience. The parallels between grief and depression are no accident and it’s interesting to note that one of the most disturbing sequences in the movie has nothing to do with a monster, but everything to do with a young mother losing control of her son while she tries to drive. On the surface you might mistake The Babadook for something from The Conjuring universe but delve in and this is an intelligent, gruelling frightfest with a knowledge of exactly what you’re afraid of. Even if you didn’t know it when you sat down to watch.

The movie: By 2011, we were having a self-referential horror crisis. Scream 4 was out and had an intro multiple layers deep, smashing the fourth wall into pieces with horror-ception as character after character quipped about the masked slasher genre. But where could comedy horror go next? How many times could a leading actress say “I saw this in a movie once” without us wanting to remove our own eyes and never watch horror again? Well, it turns out that there was still some life in the reanimated corpse yet. The Cabin in the Woods manages to pin not just one horror trope but every single one, like someone armed with a laser sight and Final Destination 3’s nail gun. When this lot of attractive twenty-somethings head to the titular spot, they get significantly more than they bargained for. Oh, and Chris Hemsworth is one of them. Now you’re interested…

Joss Whedon and Drew Goddard’s creation is no mere comedy escapade. I’m staying spoiler-free here because it’s too good, but just like the It movie and its monster’s multiple faces, The Cabin in the Woods will tackle plenty of your phobias. This is a creature feature like you’ve never seen before with gallons of gore and every monster you could ever imagine lurking in the dark. Like Buffy before it, this has the ability to make you laugh one minute and scream the next. Go in blind and this trip to the forest is a delightfully gory surprise.

The movie: Is there anything more terrifying than the idea of bringing up a young family in a world where brutal monstrosities with supernaturally good hearing hunt down the last of humanity? John Krasinski’s first horror – in which he also stars with IRL wife Emily Blunt – follows the Abbott family as they silently creep through a truly miserable existence where every single sound could be their last. Playing with movie audio in an entirely new way, A Quiet Place might have a simple premise but this is 90 minutes of sheer muscle-clenching tension.

The movie: While The Blair Witch Project revved found footage horror back into action like a haunted motorbike back in 1999, Paranormal Activity is where things got, err, dead serious. The first movie from now horror staple Oren Peli, it introduces us to Katie and Micah who have been experiencing some odd goings on in their LA home. Ever the keen filmmaker, Micah sets up a camera at the foot of their bed to keep an eye on things while they sleep. The bumps in the night that follow are enough to make you never want to see another bed again, let alone lie on one… 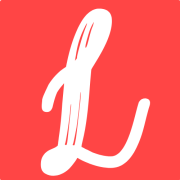 Best Sweep Clean with an End of Tenancy Cleaning Watford

How to Move Mails from Outlook to PST?

Five Ways To Use Balloons