Drug addiction is a serious problem which is rising alarmingly in the young generation as well as other age groups. Drug addiction is a curse for the whole community; it not only affects the addict but equally to his family members. In this article, you will learn its effects on physical and mental health.

A lot of diseases are associated with drug addiction along with mental disabilities and behavioral changes. Blood pressure changes, heart rate fluctuations, kidney and liver diseases are mainly linked with drug addiction. Kidneys lose their function slowly while eliminating the toxic levels of drugs from the blood. In the same way, the liver is also affected due to high levels of drugs. Alcoholism also destroys the liver. Chances of the person to be affected depend upon the choice of a drug, frequency of use, and generalized health of the patient. Various types of chemical substances are taken by addicts as heroin, marijuana, morphine, alcohol, and other psychoactive agents. Some of the drugs cause sleepy effects and make the person unconscious while some drugs increase the alertness and the addict feels more confident and powerful by their use. Many persons are habituated to the use of pain-relieving medicines and sleeping pills to get relaxed.

Alcohols are the most frequently used psychoactive chemicals in youngsters and old age people to get pleasure. They cause drowsiness and affect the central nervous system. Neurotransmitters are the chemicals released from our brain which control all our body functions. Drug addiction has a damaging effect on neurotransmitters’ production and response mechanism. Drug addicts do not remain able to control their own bodies. If the mental issues are not addressed, they lead to a poor and miserable life for the person. He does not find himself able to perform his routine work even not able to control his own body.

Rehabilitation centers play their role here to treat such addicts instead of leaving them to die in poor condition.

Rehabilitation centers are the specialized hospitals build by government or private agencies to treat drug-addicted patients. They have experienced doctors and psychiatrists who deal with their patients effectively. It is difficult to leave drugs without any medical help. There are many governments and private rehabilitation centers in Pakistan that are contributing to a healthy community. Innovative Zone Rehabilitation is the Best drug rehab center in Lahore which has changed the life of a lot of addicts. This is situated in Gulberg II and offering services for the past 10 years. It possesses state of the art facilities to treat severe patients by admitting them in the center and treating under the supervision of professional physicians.

Treatment; for the drug-addicted person depends upon the condition of the patient and drug type which is incorporated into the body for a long time. Some patients do not need to be admitted to the hospital rather they are given assistance daily to help leave the drug habit. The role of the patient himself is most critical in the success of the treatment.

The following two types of treatments are followed in rehab centers to recover the patient completely.

When the patient is examined by well-experienced doctors, it leads to proper diagnoses of the patient illness. By understanding the type of drug, it becomes easy to perform the detoxification process of that chemical agent from the body. Most affected patients have severe damage to the brain functions related to body coordination. Resuming a healthy life for such a patient is a time taking process. Medicine alone cannot do the work until the patient is encouraged by his family to come into normal life.

It is a matter of fact that brain counseling plays a significant role in patient recovery. At Innovative Zone Rehabilitation center, experienced psychiatrists are working efficiently to encourage the patients towards their normal life. They guide them that how to face routine life problems strongly instead of becoming a victim of depression. The mental disturbance is the main cause of drug addiction in Pakistan. A psychiatrist can totally change the life of the person by listening to the patient’s issues and guiding him to solve those problems. 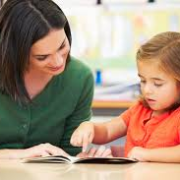 How To Attract Financial Abundance

Step by Step Instructions to Make Numerous Types of Income