What is a Rifle Trigger?

Trigger helps shooters to fire the rifle but also plays a pivotal role in maintaining safety and accuracy. It is a lever/ sequence of levers or the button moved by the finger (usually actuated by index finger) which first holds then emancipate the stored energy in a spring permitting release of pin/striker or allowing hammer to strike a firing pin to fire a round in the firing chamber of the weapon. It is the primitive part of a rifle’s fabrication.

Rifles use either a single or two-stage trigger. Single stage trigger can work in two manners. Either the requisite amount of pressure is applied on the trigger and the rifle fires. Secondly, the shooter sets the trigger through mechanical action by moving the trigger forward allowing the firearm to function with reduced trigger pull.

In case of double stage, two separate triggers are used. The first one sets the rifle whereas the second trigger fires.

In this article, we will learn about :

One of the simplest types of trigger system is the single action trigger. As the name suggests the trigger has just one function: either it releases the hammer, or the striker. Spring and sear bear the weight of the trigger. Hence, the amount of sear engagement determines the pressure require to fire a single-stage trigger. As and when the trigger is pulled the sear is disengage and the rifle fires.

As SA trigger performs only single function, the shooter needs to manually cock the hammer before the shot. But after the first shot is fired, recoil of the slide cocks the hammer for the following shots until the magazine is empty.

While using a double-action rifle, shooters just need to press the trigger but as the action is quite long and relatively heavy, the shooter may choose to cock the hammer manually for short and crisp trigger pull. Generally use for competition rifles and is often called a pressure trigger.

Double action only is simple to work with and quick to put into action. Unlike DA, the shooter cannot manually cock the hammer. The mechanism of DAO is delineate – to only activate when the trigger is pulled. After each shot, the hammer securely returns to its fully forward position (in case of semi-automatic handgun with external hammer).

Rifles with DA/SA triggers offer both the mechanism double action and single-action. For the first shot either the shooter can press the trigger through a long heavy stroke or can simply cock the hammer manually.

Though, the change from DA to SA may affect the accuracy of the shooter but usually, military and law enforcement use DA/SA pistols. Beretta 92 series of pistols is a well-known example of DA/SA semi-automatic firearm.

Striker or striker-fire are synonymous to striker-fired triggers. In such triggers, the firing pin or internal striker is partly inclined or cocked by the action of fixing in the bullet in the chamber.

Thus, when the trigger is pressed, it fully cocks and releases the striker, firing a round as well as each time the trigger pull remains the same.

When the trigger is pulled, which action takes place in order to insert cartridges into the firing chamber? Let us read ahead to know trigger actions:

Trigger actions are bifurcated on the basis of how many functions it performs when actuated. Action describes how a breech-loaded weapon loads, locks, fires, extricates and ejects its cartridges following Newton’s Third Law.

Firearm actions can be concluded on the basis of the type of trigger function it has whether SA, DA, DAO or striker or how the firearm is handled while instilling cartridges into the firing chamber (bolt-action, lever-action, break-action, pump-action, semi-automatic or automatic).

Bolt action rifle requires the shooter to manually open and close the breech bolt to load each ammunition into the chamber. Thus, they need to cycle the bolt manually before they fire the second round. Largely used as hunting rifles.

Break-action or hinge action is the type of firearm action which uses a lever or the button to open the breech separating the barrel from the firing mechanism and allowing loading and unloading of the ammunition.

Remington model 700 is a break-action rifle.

The shooter needs to manually operate the cocking handle that moves forward to pivot the bolt and feeds and ejects the ammunition. Lever action rifle with load in 30-30 Win. or 35 Rem. Marlin 336 is an ideal example.

Pump action also known as slide action, and we can operate it manually. The shooter needs to move the sliding handguard on the rifle’s forestock rearward to discharge an empty cartridge and cock the hammer/ striker then push forward to chamber a new round.

Pump- action rifles are swift and smooth as it does not require the trigger hand to be removed from the trigger while reloading. These may use either an external or internal hammer. Remington model 7600 and Browning BPR are the perfect examples of the pump action rifles.

WHAT MAKES A GOOD RIFLE TRIGGER?

Though, it is a personal choice more than anything but handling lots of guns and evaluating them with the below mentioned features would help you become savant in no time!

The trigger should be easy to clean and adjust as dust and dirt on the trigger can affect the performance of the safety mechanism and will not be able to maintain the consistent pull weight.

Apart from the features mentioned above, the style of the trigger also makes a difference.

Whether to pick a curved or flat trigger?

For single action, short and flat triggers are more advantageous over the curved ones.

Marlin triggers form one of the best rifle triggers as they reduce trigger pull weight, remove flop as well as have a flat and broad trigger face and angle offering a natural trigger pull.

Now that you are thorough with the trigger types, action types and characteristics of a good trigger, hopefully the information helps you make an informed decision. 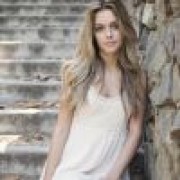 Pathway to permanent residency Canada from India in 2021 and beyond!