What is PVD (posterior vitreous detachment)

Posterior vitreous detachment is a rare, yet serious condition in which the gel-like substance inside the eye separates from the retina. The retina is your vision’s light sensor, and it can become detached for any number of reasons. Some common causes of posterior vitreous detachments include vision loss due to age, diabetes or high blood pressure, injuries such as a fall or a car accident, side effects from certain medications, and genetic defects.

Your eyesight may become more frequently dotted with grey or black shadows or flecks after PVD. Additionally, it could cause bright flashes to appear, usually to the side of your eyesight.

Due to aging and normal wear and tear, the vitreous gel that fills the eye condenses (shrines) with time. The gel eventually runs out of space in the eye’s vitreous cavity, which positioned at the very back of the eye cavity and stays the same size throughout maturity. As a result, the gel separates from the retina.

The space between the condensed vitreous gel and the retina filled with clear vitreous fluid.

The symptoms of a PVD are often modest if it develops slowly, consistently, and uniformly. However, the PVD can rupture the retina or a retinal blood artery if the forces of separation are severe or concentrated in one area of the retina, or if there is an abnormal adhesion (sticking together) between the vitreous gel and the retina (such as lattice degeneration). When PVD made more severe by a retinal tear or vitreous haemorrhage, flashes and floaters are often more noticeable. These abnormalities can develop into more serious problems like epiretinal membrane or retinal detachment, which can impair vision permanently.

However, nearly 85% of individuals with PVD never encounter difficulties, and the flashes and floaters often go away in 3 months.

The actual retinal detachment causes no pain. But before it happens or has progressed, there are usually always warning indicators, such as:

Why is it important that I get my eyes checked?

The most common cause of abrupt increases in floaters is typically a PVD. A PVD often doesn’t cause any issues. The retina, however, can occasionally tear through the vitreous. A retinal tear may result in retinal detachment and eye haemorrhage. These are major issues that need immediate attention. A thorough dilated eye exam required when a posterior vitreous detachment occurs and new floaters noticed.

How Soon Will My Flashes And Floaters Stop?

The symptoms you initially experienced as a result of the posterior vitreous detachment anticipated to gradually go away.

The floaters, which are actually condensations of the vitreous, do not go away; instead, in most people, they either drift out of sight for a significant portion of the time or people get used to them.

While surgery can used to remove floaters, it is better to put off thinking about it for at least six months, and even then, the hazards usually outweigh any potential advantages. This process could take several weeks or even months.

Importantly, the floaters and flashes you currently see are not harmful as long as they do not worsen or intensify.

In adults under the age of 40, posterior vitreous detachment is uncommon, but as people get older, it becomes more frequent.

Myopia (nearsightedness), trauma, and recent eye surgery, such as a cataract procedure, are additional risk factors for PVD. Within a year, patients who have PVD in one eye are frequently diagnosed with PVD in the second eye as well. For any help, Contact our best eye doctor in west delhi at bharti eye foundation

What results in a PVD?

The vitreous changes as we age. It changes from being solid to resembling liquid. It contracts and draws away from the eye’s dorsum. The retina and vitreous connected through millions of tiny fibres. The vitreous entirely separate from the retina when enough of these fibres rupture, leading to a PVD.

How to diagnose PVD

Despite the fact that PVD is frequent, it’s crucial to see our best eye doctor if you start experiencing new floaters or flashes. A retinal detachment or PVD may be the cause of these. To diagnose your problem, your doctor might need to run a diagnostic test.PVD, a retinal detachment. Our best ophthalmologist or optometrist will insert special drops into your eyes during the examination. Our best eye doctor can view the back of your eyes thanks to these drops since they make your pupils bigger. The entire retina, the macula, and your optic nerve can then examined through our best eye specialist.

About 30 minutes pass throughout the examination. The dilatation can last for a few hours until it goes away. After your appointment, you should put on a pair of sunglasses because the sun and bright lights could be bothersome.

For instance, it could be challenging for our eye doctor to spot a separation if your vitreous gel is exceptionally transparent. In such a case, the condition can identified using ocular ultrasonography or optical coherence tomography.

Ocular ultrasonography employs high-frequency sound waves to provide a picture of your eye, whereas optical coherence tomography uses light to produce a three-dimensional image of your eye.

The floaters or flashes typically go away in three months, but three months following your diagnosis, you should have another dilated eye exam to make sure your retina hasn’t suffered any new harm.

After a few months, if you still have significant floaters, your doctor may suggest using a laser to lessen the floater or having surgery to remove the vitreous gel and remove the floaters.

A retinal tear can fixed using laser surgery or cryopexy, which freezes the tear.

Although it can happen up to 3 months after a vitreous separation, the risk of retinal detachment is highest in the first six weeks.

Patients with myopic retinal degeneration, lattice degeneration, and a family or personal history of prior retinal tears or detachments are more likely to experience these complications as a result of vitreous detachment.

What activities am I still able to undertake despite having PVD?

The majority of patients with PVD unrestricted in their ability to engage in daily activities. High-impact exercise advised to avoided for the first six weeks after the onset of a PVD, according to some ophthalmologists. This is due to the possibility that your vitreous has not fully separated from your retina, and you may be more susceptible to developing a retinal detachment at this time.

Although there is no proof that any of the following behaviors will unquestionably lead to PVD issues, some persons may advised to avoid them or opt to do so:

Exercises requiring a lot of energy or strong impact, such jogging or aerobic doing contact sports, like rugby, boxing, or martial arts.

Inverted poses used in exercises like yoga and pilates.

Always seek the opinion of your ophthalmologist regarding which activities and for how long you should refrain from engaging in them. The advice you receive may depend on whether your retina thought to be particularly in danger.

You can continue doing things like walking, light exercise, reading, watching TV, cooking, and using your computer on a daily basis. There is no evidence to support the idea that taking an aircraft can aggravate or worsen your PVD. Additionally, wearing makeup or contact lenses has no impact on your PVD.

Sudden onset “floaters” in one’s visual field are most frequently caused by PVD, which is more accurately referred to as “vitreous condensations” in this context. It may also result in photopsia, which made worse by eye movements.

The following traits can seen in the isolated posterior vitreous detachment’s sonographic appearance: 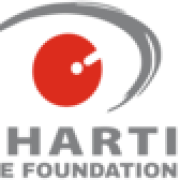 How to Increase Instagram Conversions and Sales with Chatbots

Get The Benefits of Potent Indian Ginseng with TrueBasics Ashwagandha Tablets