iPhone 12 there’s been so much conflicting information with the current outbreak and apple not sticking it to their usual release patterns but we may finally have an answer john Prosser tweeted at some release dates this morning that finally iPhone 12 Resale on this Date See In Tweet.
Similar Post
iPhone SE 2020

let us know what dates we can expect and while he has been incorrect about a few leaks lately when it comes to launch and release dates he’s been spot on for everything his tweet shows us that the Apple iPhone 12 phones are going to be launching on the 12th of October,
it’s expected that they’ll be showcasing all four models of the iPhone 12 at this event but they won’t all be up for sale straight away the iPhone 12 and the iPhone 12 max are expected to be available for pre-order after the launch on the 12th of October these lower-end iPhone 12 are then gonna be available to be shipped on the 19th of October.
for those who want the iPhone 12 Pro or the iPhone 12 pro max, you’ll, unfortunately, have to wait a little bit longer as it’s expected that pre-orders are going to begin in November and shipping will follow the week after.
so bad news for those of you who have been waiting patiently as I believe these leaks are probably accurate of course it’s not too much longer to wait so if you’ve managed this long hopefully you can go that little bit longer next up we’ve got news about the iPhone 12 notch and again it’s not good most of you wanted at least a reduced notch size in the iPhone 12 but it’s looking like.
unfortunately, the sensors are large and they’re required for the 3d face unlock and this feature seems to be very popular among iPhone fans realistically apple is not going to remove this so I would expect to see apple keep this notch size for at least another year or two the iPhone 12   is still a popular choice though or whatever variant you’re going for we get a very powerful phone with improved cameras and it comes in this new flat edge more retro looking design that is proving very popular.

start with we’ve got the entry-level model of the Apple iPhone 12 and this is just going to be called the iPhone 12. it’s a 5.4 inch iPhone with an OLED super retina display from Samsung it’s important to note straight off the bat that super retina means absolutely nothing so don’t get too caught up on that but nonetheless.

just like the iPhone 12 pro we get three cameras on the rear along with a lidar sensor for those who want the 128 gig iPhone 12 pro max it’s gonna launch at a price of 1099 if you want the 256 gig version it’s 1199   and for those that want the most expensive in the range, the 512   iPhone 12 pro max is going to be launching at a whopping 1 399 now it is, of course, important to note that these pricing leaks came very early on from john Prosser.
John Prosser has provided plenty of accurate leaks but also got some of them wrong recently he also provided this very early on so there is a chance that things could change but personally I think that they’re at least going to be very close to what we see overall.
Apple iPhone 12 is proving to be a great range of iPhones that many of you guys are looking forward to it’s great that we’ve got all of this information already but personally I do like that we still have some uncertainty as it’s nice to have some surprises at launch while there may be delays in the release date the launch is expected to be on time and that will, of course, be the 8th of September this year given the current outbreak it’s likely that it’s again going to be an online-only launch.
an event similar to their last worldwide developer conference as always though if any more information comes to light I’ll be sharing with you guys straight away as always I’d like to know your thoughts in the comments who out there is waiting for the Apple iPhone 12 and what do you think of these new leaks.
Thanks For Reading. I Hope You Share.
Show More
Share
Facebook Twitter LinkedIn Tumblr Pinterest Reddit VKontakte Odnoklassniki Pocket Share via Email Print 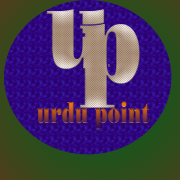 How to Buy Cake Supplies Online the Easy Way

10 tips and tricks for healthy and fast growth