Cryptocurrencies allow people to send and receive money from and to anyone around the globe at very cheap rates compared to fiat currencies. A cryptocurrency can be invested in and speculated on like forex, or it can be stored and sold later for a profit.

As the first digital peer-to-peer cryptocurrency developed in 2009, bitcoin is now available to the masses, where anyone can use it to store value, send value to anyone anywhere in the world, and receive a value on the blockchain from anyone from anywhere. In contrast to fiat transactions, where central authority is required, blockchain transactions do not require a central authority such as a bank or government.

It is possible to send and receive cross-border transactions without any censorship with Litecoin. As compared to Bitcoin’s production of 1 block every 10 minutes, it produces four times as many blocks.

The potential of ChainLink’s blockchain network lies in its ability to link blockchain data with that of non-blockchain data and platforms. As a result, blockchains can source and utilize smart contracts, data from any source, such as traditional banks, central banks, NGOs, individuals, and companies.

A digital smart contract is a coded contractual agreement that can be implemented in real-world business scenarios through Ethereum, the second cryptocurrency after Bitcoin. Its blockchain network enables the development of decentralized applications (dApps) by individuals and businesses.

The success of Ethereum can be attributed to smart contracts. These smart contracts operate like accounts on the Ethereum blockchain and can send transactions, but they cannot be controlled manually. When they meet the conditions defined by the contract accounts, they work and run automatically.

Uniswap is a crypto token that powers the Uniswap exchange that allows users to exchange ERC-standard tokens. Decentralized finance platform users can pay fees with UNI, while holders can vote on developments and additions to the mainnet and other governance issues.

Platform governance and liquidity mining will be managed by the token, which was released in September last year. A member of the exchange can earn UNI tokens by stakeing LP tokens.

A decentralized finance token called Polkadot was developed by one of Ethereum’s co-founders, Dr. Gavin Wood, and has raised over 145 million USD in Ethereum thanks to its initial coin offering.

Tether tokens are still stable tokens, which means their value will not change and are pegged to the USD. Tether tokens are valued at 1 USD with only a very slight variation below and above this value. A change of name was made to the token in November 2014 from Real Coin.

To facilitate the transfer of funds to and from new markets, Stellar token was created to make it easy for users to access these markets. Further Lumens (XLM) are the platform’s native token, which represents this value with a digital representation of real money, allowing users to transfer it easily.

The Cardano project was invented by Ethereum cofounder Charles Hoskinson. A native token for Cadano, the ADA token also permits the sending and receiving of digital funds nationwide without the involvement of middlemen. It was named after Ada Lovelace, a nineteenth-century mathematician and computer programmer.

The dogecoin is based on the Shiba Inu dog meme and was invented in December 2013 by Jackson Palmer as a joke. This coin was intended to be used as a tipping coin on sites like Reddit and YouTube. It also served as an opportunity for people to poke fun at Bitcoin and emerging tokens, which would periodically appear and then disappear. It was also designed to be a token that was more accessible, usable, and user-friendly than Bitcoin.

The Tron cryptocurrency was launched in September 2017 by the Tron Foundation in Singapore. As a decentralized media and entertainment platform, it works in the same way. On the TRON platform, the ERC20 standard token is ported from the Ethereum blockchain, where it originated. The platform offers three tokens: Tronix, Tron Power, and Tron 20. 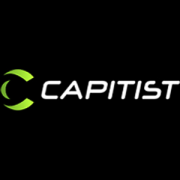 Why Lash Extensions Had Been So Popular

When To Call Emergency Plumbing Services

How do I start an NGO?| Non Profit Organization