Until this moment, when the world is still suffering from the effects of the pandemic, the BPO sector has been a savior of a kind. With newer technology, and more appropriate training, and superb infrastructure.

Every sector has been benefitting from the offerings of the BPO sector, including the healthcare and the EdTech industries. However, what we think of most is the fact that the growth in technology could be a threat to various aspects of the business sectors while being beneficial at the same time.

Technology has been a boon in the market, and it is only due to this that the BPO sector has been thriving. Technology has helped the world acclimatize to the new remote trend quite easily without facing a major downfall. But that has not been the end of the story there. The more the world relies on technology, the reliance on the human aspect gets lower.

The Story So Far

The BPO and call center industry represents approximately $90 billion in terms of revenue globally. But, it is well-known that developing countries are the best bets to up the game in terms of profitability and ROI. Plus, even those countries rely on the growth of the work coming from such outsourcing brands to build their revenue. So, it goes both ways!

Suppose we take the Philippines as an example. The BPO industry in the country generated around $10 billion in terms of revenue in 2012. This amounted to around 4% of the country’s GDP. Call centers are a very important part of the job market, and a huge chunk of employment comes from this. To put this in numbers, around 1% of the total employed population in the European region works in the call center industry.

The real reason behind this extinction could be digitization. Once an excellent benefit, digitization, along with automation and artificial intelligence, could rip the call center industry apart.

Is Technology the Doom for Call Centers?

Digitalization, smartphones, home connect AI systems, portable computing devices, etc., have changed communication. Initially, the popularity of basic phones, landlines, etc., had transformed the call center sector into a sensation. And then, smartphones, laptops, tablets, reading devices that work on the Internet came up to lay a foundation for multichannel communication networks.

Due to this change, the consumers started using voice searches far less than mobile apps, social media, etc. And while this may sound like some good news for the BPO sector as a whole and boost multichannel network, the standalone call center network may be a huge risk.

Every industry is slowly gaining a positive impulse towards the BPO sector. Let’s take the example of Uber’s platform, which was created to work on mobile devices. Now, coming to the customer service department of the cab app, you will get a multichannel network. You can have a knowledge base, chat assistance, and even on-call support for any issues the passenger might face.

“But have you ever noticed why the wait time for on-call support is longer than live chat?”

To begin with, a good number of passengers,

To begin with, a good number of passengers get their issues sorted from the knowledge base; a lot more get their and queries answered from talking to a chat support executive. So, the number of on-call support requests hasn’t been growing as proportionately as the user base.

As a result, the company might even strategically consider scaling down on its call center operations while heavily investing in other channels since there is a higher demand for the same. Now, this is something that could be a big reason to worry for the call center industry and the people employed in it.

Following the same trends, banks and financial institutes have been following the same digital trends too. Bots, for example, have been a great extension to the knowledge base and helped to keep the customer hooked while a more superior form of assistance was on the way.

And finally, we all know that the EdTech industry has been the latest addition to the BPO service portfolio. For now, EdTech call centers are the primary service bearers for the industry, but things might change soon. The reason behind this miss is the fact that the industry is based on expertise. Proctoring services, counseling, etc., need industry experts to work with. So, the need for training and hiring of the right call center executive is imperative. Even the call center operations outsourcing for the EdTech industry might fall out if that is not taken care of.

The takeaway from this Point

So, if you are stuck on whether digitalization truly is a threat to the call center industry or not, let’s make things a little simple for you to understand.

It makes quite a lot of sense as a customer that a digital multichannel approach would always be very convenient. However, this consumer convenience comes at a cost, which is less reliant on voice interactions and call center services.

Following that, it is not that digitalization itself is making human interaction with a brand on-call obsolete. On the contrary, there is a human touch to the multichannel service in almost every case, be it live chat, emails, social media, etc. So, the real subject here is not the disappearance of human reliance; the trouble will fall on the call center specifically, without much impact on the other aspects of the BPO sector.

Now, if you do not know much about voice automation yet, let’s take one example here. Watson, by IBM, had become exceptionally popular when it came into existence. It was an advanced computing device that could answer questions in natural language and not like a bot. It gained immense popularity after it won the man-versus-machine tournament in 2011.

Later, in 2016, IBM launched the Watson Virtual Agent, which is a platform developed to answer questions via various communication channels. The system is made with high levels of machine learning. As a result, it would initially need an operator while it accumulates data. However, once it has gathered sufficient data to communicate with the consumers, it would not need the operator anymore.

Although digitalization, specifically voice automation and artificial intelligence, would significantly affect the call center industry, things aren’t left to be so bad in the long run. However, several aspects can stall the effects of digitization to some extent, or maybe even for a longer-term than we anticipate.

So, let’s read through a few factors that can act as a barrier between the call center industry and its doom over the long term.

It is to be kept in consideration that digitalization is only limited to what the customers demand. So, if the customers prefer voice channels as a medium for support and complaint handling, brands will take the extra step to bring the implementation of the same.

And the story does not end there.

If brands start focusing on the voice process based on the customers’ preference, the upcoming technology will be based on improving that and not on digitization. So, this could be the perfect win-win situation. First, voice-based call centers would be extended, and second, it would continue to grow in terms of technology.

Plus, voice automation, machine learning, and data-based approaches are tricky to implement and would incur costs. So, startups might not find it feasible and continue to use the voice process with improvisations.

And lastly, some industries still rely on full-fledged call center operations. For example, energy and utility call center services might continue to be in place.

So, having described the present start on call center operations and what the future might hold, we can come up with some key conclusions. So, let’s refresh them a bit. 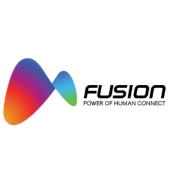 How Web Development Company Help In The Growth And Success Of Your Business ?

A Complete Guide to Start an eCommerce Business in Panama

All Things Sarah Is The New Arrivals Boutique For You