In recent years technology, especially mobile applications, and other things related to the same have seen immense growth. And the reason behind this is simple, there are more mobile phone users than ever. This directly translates to a lot of opportunities and potential customers for the business. Read this blog to know more about things to keep in mind while hiring a video app developer.

Among these, one such opportunity is that of a video streaming app. In fact, most people online either look for music or videos. This is enough to tell us how much potential this market holds. Naturally, there are a lot of people who want to hire a video app developer.

Finding a developer who will create a video streaming app for you isn’t all that difficult. But the difficult part is finding a reliable one. Out of hundreds of options in the market, how do you find the one that is perfect for you? Let’s see

5 Factors To Consider When Hiring A Video App Developer

See, there are a lot of video app development companies out there. However, finding the one that is the right fit for your development need is the tough part. Because you don’t want to overpay someone and then have an app that you isn’t what you wanted.

But we are here to help you. We shall be discussing five factors you should consider when hiring an app development company for your video streaming application. With that said, let’s get right into it:

So, when you are exploring different options be sure to ask them if what field do they specialize in. At the end of the day worst thing, you can do is hire a mobile app developer that specializes in something else, to develop your video app.

This is the reason why this factor is so important to consider. You can check the specialization of most of the developers right on their website, and if you don’t you can just ask them. Thus, by hiring a developer who specializes in making video streaming app you are ensuring quality.

Team size? Why does team size matter? Well, as things stand, the team size of your video app developer does matter a lot. We don’t mean to say that small companies or small-sized teams don’t work well. They do provide great results. But at the same time, when you are dealing with a larger project, it is better to hire a larger team.

After all, no company takes only one project at a time, and when you are paying so much you want to hire a dedicated app developer team. And as you already know, the longer they stretch the project, the more it’s going to cost you. Cost is something that can a lot of other things in the project, most of all, you don’t want to exceed the project budget. That is why to be on the safer side, it is recommended that when you are consulting a video app development company, you ask them about size of the team.

You can also ask them how many members will be working on your project. Thus, checking the size of the team, and seeing if they can handle the size of the project is a good option.

How Much Does It Cost To Develop A White Label Delivery App?

Checking the portfolio of the app developer in question is yet another important thing that you should be doing. Through their portfolio, you can see the type of projects they have dealt with in past, and how they are doing now.

It goes without saying that good company proudly displays their portfolio. But if they are not too kind of sharing the same, well, take the sign and look for some other developer. Speaking of which, the client testimonial is just as important.

Again, video streaming application developer usually showcases their client testimonial on their website. If you don’t see them on the said developer’s website, there is something wrong. Either they are too new in the field, or not good with what they do. So, keep this in mind when looking for a live streaming app development company.

What is it costing you? Video streaming app development cost is quite important to consider. Because you want an app with a good return on interest. And putting too much money into it won’t make it better either way.

Plus, you also need to sit down with the developer and discuss what they are charging you for the video-on-demand app development. Here, you should also make sure that they don’t charge you for every small customization and change later on. More importantly, when you talked to a few developers, you can compare their costs, to see which is developer is providing the best on-demand app solution in your budget.

Like we already discussed quite a few time, the cost is one of the most affecting factor when it comes to client side. As such, it also affects the return of investment. So, that is why you want to confirm cost of service before hand to be on the safer side.

It goes without saying that ownership, its source code, as well as the content on it, matter the most. And when you have paid for it, you want to own it. But there have been quite enough incidents where the developers have held source code, and the situation is not good for the client to say the least.

Therefore, you should also put down a non-disclosure agreement (NDA), and also pay attention to the licensing of innovation rights. At the same time, you should also keep in mind the security of the app. The last thing you want is hackers stealing your data. So, make sure the developers you are hiring are also well-versed with the security part. This is even more important in the case of video streaming applications, as your user’s data is at risk.

So, if they are lacking in these parts, you change the boats and hire a dedicated app developer that doesn’t. By being cautious on the legal and security. side, you are saving yourself a lot of trouble in the long run. Because legal things can get really ugly if neglected and depending on the country you are in, this process can take a long time.

So, these were the five things that you should keep in mind when you want to hire a video app developer. We covered all the main parts concerning a video streaming app development, from taking the cost into consideration to the developer’s specialization. Keeping these in your mind, you can avoid all the blunders, and get the developer that is best for you. 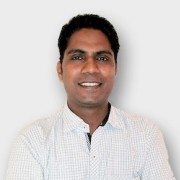 Why You Should Need a SaaS Application Development Company

Just How to Efficiently Clean Your Home (In About 3 Hrs or Less).