Slitherio is a great io game released in 2016. Control a snake, eat glowing orbs to increase your snake size. Your main goal is to become the longest worm in the arena and defeat all the players. If your snake’s head hits any other snake’s part, you’ll explode and the game is over.

When a worm dies, its body will turn into the bright balls (orbs) it was before it died. The player can consume pellets dropped from dead worms to increase their size. These pellets give more weight than the regular ones.

“Slither” also known as “Slither.io”, is a game that has been Vietnameseized into “Snake of prey” or “Earth of prey”. Slither is a famous foreign game that supports both PC and mobile web-based interfaces. After only 3 months of release, the game Slitherio has nearly 70 million downloads, breaking countless mobile game market records. In the world of “Slither.io”, snake-like creatures compete with each other for food. This multiplayer game is currently in the top 10 most downloaded free apps, and has remained there alongside software from leading tech companies like Facebook or YouTube, ever since it was uploaded. on March 25 on both iOS and Android app stores.

Why does Slither.io attract users?

First of all, one thing must be recognized, the game Slither.io is very easy to play and completely free. It meets the first criteria that the vast majority of the online community now chooses. From a child who is still illiterate, to students and office workers who don’t play games often, Slither.io has a simple way to play.

Slither.io’s greatest success is creating a great deal of media traction, as well as building its own playing community. Here, the developer has increased community interaction with players competing against other continents. You will choose a “room” against gamers from as far away as Korea, Japan, China, USA, Germany, France, Cambodia.

So, why it is so attractive and popular, find out how to play extremely simple and interesting in the following article.

First of all, let’s start from the idea of ​​this fascinating game, you probably already know Agar.io is the game that inspired the idea of ​​​​forming Slither.io. The application has brought a huge source of income for poor programmer Steven Howse with more than 100,000 USD per day.

However, not everyone knows that the idea of ​​Slither.io was conceived when Howse noticed the development of Agar.io. This is an online game on the principle of big fish eating small fish and allowing many players to play online at the same time.

Agar.io is an application that has been at the top of the Leaderboard charts for a long time. When you enter this world, you will take the form of a tiny round creature. Each player’s task is to eat colorful small molecules around them to increase their size. For Slither.io, hitting another player will cost you your life. In Agar.io, when you grow up, you can find players who are smaller than you and “eat meat”. Accordingly, you can also be eaten by giants.

However, the bigger you are, the lower your speed will be. Pay attention to this for best results. At the same time, on the right hand side there will be a small table displaying a list of the largest creatures at the present time.

How to play Slither.io game?

Slither.io is designed for players to control their character as a worm (snake, it’s up to you). Everyone will join a common arena, where the person with the most points will be displayed on the achievement gold board. And there, you can meet both foreign and Vietnamese players.

Because it is optimally developed for the HTML5 platform, Slither can be played on both computers, laptops (by browser) and mobile phones, smartphones and tablets. All you need to do is visit the website, set any nickname and start the game.

The rules of the game Slitherio are very simple, but everyone needs to know the rules to prevail in the game. All Slither players are equal based on the following principles:

In short, this is a very fair game. No matter how big his worm is, if he touches another worm, he “die” and becomes a fleeting worm that feeds other worms. Therefore, many worms “struggle” but still happen as usual.

Those are the basic rules of Slither IO. To get a high score and stand at the TOP (scoreboard on the right, upper corner of the screen), you need to remember some of the following golden rules:

When playing this game, many people will surely “think” that “big wins”, but in fact, this is a wrong thinking. Because what determines “survival” is that if any snake stabs its head into the body of another snake, that snake will lose. That is, it doesn’t have to be bigger that you can go “butt” indiscriminately. Be careful and try to trick other players into stabbing themselves.

Another point, when a snake is “killed”, all the light spots it has eaten will fall out, if you are lucky to “eat” this place, your snake will grow very quickly. However, this is also the time when many other snakes appear, if you deliberately “competitive” with them, the possibility of you losing will be great.

Trying to kill and eat another snake’s food is the fastest way to increase your score, but if you are new to the game, the snake is still small, do not use this method. Because when you try to approach the opponent and find a way for them to stab yourself, be careful, because you are not alone with that thought.

Still know that the only goal of the game is to eat a lot, grow fast. But when you are still just a small, short snake, you should find yourself a quiet place to develop first.

The safest place is on the edge of the map, there, although there is little food, but the rate of encountering enemies is also less, please patiently forage here until you feel you can afford to “fight” in the area. center.

This is the wall, the limit of the game, if you crash here, you will die and have to start over, but this is also a highly safe area for new players.

Called skill, but this is actually a way to momentarily speed up your snake in some cases. If you see a few snakes with higher than normal movement speed, they are using skills. This method has the maximum effect in the phases of escaping from other snakes or “fight for food” when a snake is “killed”.

Skills can be done by:

Even though it’s competitive enough, it’s still best to prepare a perfect strategy. Tactics to run when attacked and tactics to attack others. To escape, you can use skills, but to attack, it is best to circle the prey inside you. Or can combine both elements for faster destruction.

This is the most important factor not only when playing Slither IO game but also in any game. Calm to judge the situation and correctly handle the direction in all cases (including when attacked and attacked).

Above are a few instructions, tips to play Slither IO so you can win high scores. Although the gameplay is quite simple, but not everyone plays well and it is not unreasonable and Slither IO has become the most played entertainment game today.

Wish you have moments of fun entertainment!

Game Slitherio Online – Snake with simple gameplay, you just need to control your snake to move skillfully to collect energy lights around to become bigger, but be careful around You also have many other hungry snakes trying to swallow you to stay Top. Let’s join the game Slither – Snake hunt now and race Top with players around the world! 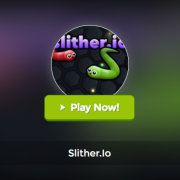 What is Joomla? What are the advantages? 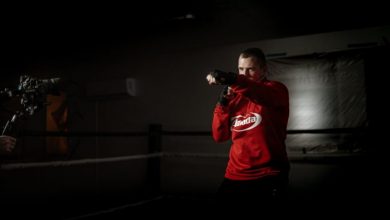 What is Hold Person 5e in Dungeon and Dragons ? FAQ 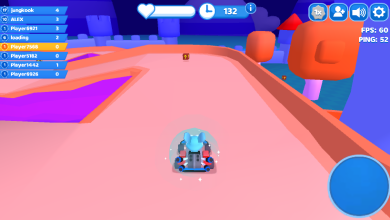