STDs are an acronym for Sexually Transmitted Disease. As the name suggests, it spreads from one person to another through sexual contact.

STDs are also sometimes referred to as sexually transmitted infections or venereal diseases. It is one of the most infectious diseases. It accounts for about 20 million new cases every year; Of these, nearly half of the people’s ages lie in the range of 15-24.

Sexually transmitted diseases can be fatal, and so require immediate treatment. There is no cure yet discovered for some of the STDs like HIV.

Read the complete article and get to know about some of the most widespread sexually transmitted diseases. Gaining knowledge about them can help you keep protected and reduce the risk of death from the disease.

Following are the three prominent causes of sexually transmitted diseases:

Who Is At Risk For STDs?

What Are The Types Of STDs?

There are more than twenty different types of sexually transmitted diseases. Some of the most common STDs are listed below:

HIV enters the body of a person and makes the immune system weak. As a result, they get prone to several infections and cancer.

The third stage of HIV is termed as AIDS. With treatment alternatives of the modern era, most of the people infected with HIV don’t ever reach this deadly stage.

Women having HIV can pass on the disease to their child at the time of pregnancy, childbirth, or breastfeeding.

It is a common, sexually transmitted disease that is caused by the herpes simplex virus (HSV). After the preliminary infection, the virus stays inactive but can reactivate any number of times afterward.

It causes itching, pain, and sores in the genital area. Not everyone with genital experience the symptoms, but still, you can transmit the disease to other people.

The condition can get severe for the babies who are born with genital herpes. He may experience brain damage, blindness, and death.

It is a type of viral infection that strikes the liver and may cause both acute and chronic disorders. It can lead to scarring of the organ, cancer, and liver failure. When the patient doesn’t get proper treatment, the condition can be fatal.

An infected person can transmit the infection through open pores, blood, or other body fluids. If you get the disease as an adult, the condition is not very serious. Your body can fight it off in the matter of a few months, and then you are immune to the rest of your life.

It is a common sexually transmitted disease caused by a bacteria called chlamydia Trachomatis. Both men and women can get infected with the virus.

You can get chlamydia during sexual intercourse. Women can also pass on the disease to her baby during childbirth.

HPV is an acronym used for human papillomavirus. Most HPVs are harmless and can cure on its own, while others can bring about genital warts or cancer.

An infected person can spread the disease either through skin-to-skin contact or sexually. Vaccines are available to reduce the risk of genital warts and cervical cancer.

Crabs are often termed as pubic lice are small insects that link to the hair and skin near the genitals. They are not at all severe and are very easy to get rid of.

Pubic lice transmit through sex, as they like to dwell in the pubic hairs. Some people may even get them by making close contact with an infected person. You can rarely acquire crabs through handshakes or hugs, as they are unable to sustain when they are away from a human body.

It is a common sexually transmitted disease that is caused due to contamination with a protozoan parasite, namely trichomonas vaginalis. Most of the people are unable to recognize the symptoms. Also, the symptoms vary from person-to-person.

Having the following factors can increase the risk of the disease:

Scabies is a type of itchy skin disorder caused by the mite called Sarcoptes Scabiei. You will get intense itching in the site where the mite burrows. The urge to scratch may increase, especially during nighttime.

Scabies is a highly contagious disease and transmits by maintaining close contact in a school, nursing home, daycare, or prison.

Gonorrhea is another common type of sexually transmitted disease caused due to infection from a bacteria, namely Neisseria gonorrhoeae. Both men and women can develop the disease, although men are at an elevated risk. 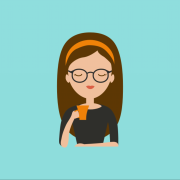 Steroids Works? Are They Safe? Or Is It Illegal