Do you have a great story in mind, but don’t know how to tell it? We teach you how to make a movie in 5 steps, ready to go to the big screen.

Although many elements needed to make movies, this guide on how to make a movie in 5 steps can serve as a map to organize yourself in a more effective way and so you can know which way to go.

It does not matter if you have never been involved in the audiovisual world, in that note we will explain in detail the process of how to make a film, starting from the idea, until the final edition and then disseminating it by different means.

The first step in how to make a movie from scratch is plot development.

In other words, it is time to make use of all our creativity and write the script for the film we want to produce.

When making a movie, the starting point is always the idea of ​​a story that we have in mind.

However, we have to develop this idea and make it consolidate into a narrative structure of 3 acts: approach, confrontation and resolution.

The film script, in addition to containing the story we want to convey, also has other elements:

Characters:  the characters are the fictional beings that will intervene in the plot of your film, either as main or supporting actors.

Scenes and Sequences: The scene is the dramatic unit of a movie. While the sequence is the set of scenes.

Dialogues:  refers to the conversations that the characters that participate in the film have.

Annotations: annotations in a movie script a series of comments or observations that must be taken into account for the development of the scene. They are generally in parentheses.

This is the first stage of how to make a movie.

The length is very relative, but the important thing is that you use all your creativity to create an entertaining story that captivates the audience.

If you don’t have ideas for making a movie but are dying to produce one, we recommend looking to other movies or books for inspiration.

You can also practice some creative writing exercises to get inspiration in your mind.

Step 2: Breakdown of the script 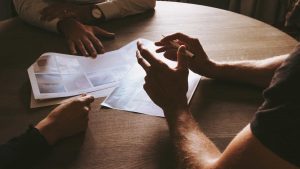 Once you have the story you want to tell ready, the next step in how to make a movie is to break down the script. At this point, you need to have a clear idea of ​​the people who will be part of your team in the process of making a film. Some positions to consider are:

Delfina Jaureguialzo, teacher of the Crehana Film Script and Direction course, tells us that the easiest way to break down the script is by printing a copy and marking all the things that seem important to us, such as costumes, locations, schedules specific where certain scenes occur, special effects, etc.

Once you have this information, another important element when making a movie is the page-to-page.

This is a meeting where all members of the team read the script together and ask the director questions about the realization of the scenes.

As you can see, teamwork is a very important factor in the process of how to make a film.

That is why we recommend you develop your soft skills to manage work teams in an effective way.

Step 3: Pre-production of a movie 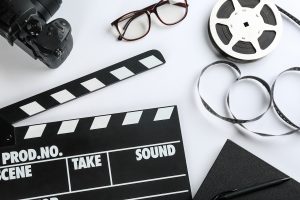 When you have the script and the breakdown ready, the next thing in the process of how to make a film is to land all the proposals from the different work areas, in order to be well prepared for when the time comes to start recording.

At this stage of audiovisual production, a series of documents have to be defined that are vital for the execution of the filming stage. Next, we will mention what they are:

Creating a movie from scratch involves the investment of a considerable sum of money.

That is why, before starting with the planning of a film, you must first have control of the resources that you have at your disposal and the amount of money.

That you are going to have to spend, either on the purchase of equipment and props or for the payment of actors and staff.

In addition to writing a literary script, writing a technical script is also important.

It is in this document where we have to detail the information of each shot to be recorded: what will be the position of the camera and its angle.

If you need a more exact reference, you can download our technical script template for free.

To make a film it is very important to take care of the visual aspect. The storyboard is a kind of storyboard where we have to illustrate how the shots of our film are going to be.

In this way, we can have a preview of what our movie will be like.

Sketches are drawn in a series of vignettes and a short description is added to each one.

On our page, you can find a storyboard format to download for free and ready to print.

Surely you are very excited to start shooting a movie; however, this stage requires very careful planning.

The shooting plan is where we indicate the days and the schedule of how the filming of a movie will be organized.

This document must be disseminated among all team members so that they can be punctual with the schedule and have all the necessary materials to carry out their work satisfactorily.

Within the pre-production stage of a film, the casting process also has to be carried out.

For this, you have to contact agencies that represent actors or simply launch an open call through social networks.

First request the sending of a demo reel, so that you only summon those actors who match the profile you are looking for.

If you have always been curious to know how to make a movie, now you will realize that it is a very long process.

The pre-production stage is one of the hardest, however, it is very important that it is carried out properly so that there are no problems later onset. 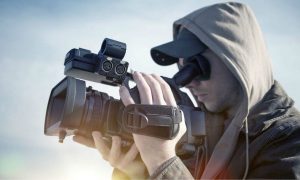 It’s now or never to get in on the fun! This is the most exciting stage of how to make a movie because you will see the actors perform the story you want to tell.

Next, we will mention some important considerations within this phase.

The way movies are made differs greatly from the end result. Most of the time, the filming of the scenes does not follow the chronological order of the story.

So a lot of attention has to be paid to the details of each sequence so that there are no continuity errors.

The person in charge of seeing this aspect during filming is called a script and is characterized by having a great capacity for observation and mental agility.

It is very important to rehearse with the actors before each scene. This way you can give them the necessary instructions so that they can interpret the character in the way you had in mind.

Delfina Jaureguialzo recommends that, before starting to record a movie, we have an interview with the main actor to give him more information about his characters, such as his personality or his objective within the story.

Making a movie outdoors is always going to represent a greater challenge, since there are several elements that we cannot control, such as the weather, people, noise, lighting, among others. Some tips that can help you are:

Preferably shoot a movie at sunrise or sunset.

Try to position the actors so that the sun is behind them.

Always process the necessary permission to shoot outdoors in advance.

Use an anti-wind to protect the sound quality.

To better understand everything involved in the process of making a movie, we recommend doing an analysis of a movie that catches your attention.

This way you will be able to realize important details such as the audiovisual language or the development of the characters.

The process of how to make a movie is almost over! Now it was time to organize all the recorded material and edit it to obtain the final film.

At this point, the work will fall on the shoulders of the editors, sound engineers, special effects, among others.

And, of course, the director continues to have an important role in audiovisual production, since he has to ensure that all the guidelines set out at the beginning are still being met.

Some of the tasks performed at this stage are:

This is the last step in the process of how to make a movie! When you have the final edition ready, you just have to look for different ways to spread your film.

You can participate in film festivals or use social media as part of your marketing strategy.

Remember that a very important element that complements the film is its trailer.

A cinematic trailer is a short audiovisual narration that shows you a preview of what you will see in a movie, in order to attract the attention of the viewer and convince them to see the film.

If you want to know more, in the following link we will show you how to make a movie trailer in Premiere. Too easy!

Now you have all the necessary knowledge so that you can know how to make a movie from scratch.

If you’re interested in the world of the seventh art, don’t wait for the chance to knock on your door; start making your first audiovisual pieces with your phone camera right now.

You can also enroll in Delfina Jaureguialzo’s online Film Script and Direction course to further your knowledge of film production. She is a recognized screenwriter, director, and editor with over 10 years of experience in the audiovisual industry.

Learn how to make a successful movie by following these techniques and become the next Spielberg! 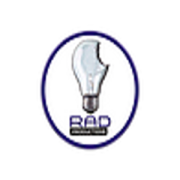 Signs That You or Someone You Know Might Be Abusing Drugs.

how to select semiconductor fuse for vfd

Primitive things to learn for Online gaming with Norton

How to Remove a Permanent Marker From Clothes? 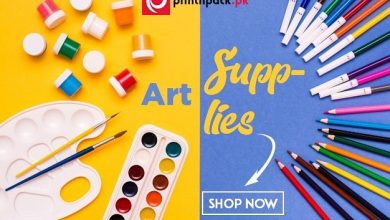