1916, The stalemate in the Western Front’s trenches continues with shock troopers, both sides desperate to come up with new strategies and tactics to break sophisticated enemy defenses.

As the year came to a close, neither side could any longer afford to send wave after wave of men out against machine guns and artillery, but what would they do instead? The British and French would secretly develop tanks, but the German High Command would improve its infantry’s quality and effectiveness.

They created Shock trooper. Now, we did one special about trench warfare already where I talked about various close-combat raiding groups and assault patrols engaged in trench combat.

Still, you could see that Verdun’s mass slaughter began to change overall infantry tactics, to a certain extent for the French, but on a large scale for the Germans.

French army captain André Laffargue was one of the first who wrote about trench warfare’s realities and how small concentrated troop formations would need to operate independently instead of under strict directives from high command.

While the Allies mostly ignored his writing, German high command used captured texts of his pamphlets and combined his ideas with their own experiences of infiltration tactics.

The Callow Assault Detachment was the first experimental Sturm Battalion, deployed on the Western Front in March 1916, and it consisted of a headquarter element, two pioneer companies equipped with body armor, specialized shields, and steel helmets, and a rifle company as support, equipped with a 37mm gun.

It was too soon to see any successor even use the new weapon as intended, but the general idea was beginning to form of Tiefling names.

The real birthplace of the Shock troopers was in the east. The terrifying new tactics used by the Russians, the Brusilov Offensive breakthrough – sudden but massive and accurate artillery strikes, quickly followed by concentrated shock troop detachments – were soon to be adapted and improved by the German captain’s Willy Rohr and Bernhard Reddemann.

The Sturmabteilung Rohr was already known for their shock troop tactics in the retaking of the Hartmannsweilerkopf in 1915 and as part of the 5th Army at the battle of Verdun.

Together with Reddemann, they developed new doctrines of small unit tactics. They saw short weapons training and the lack of cooperation between the units as the major problems.

The new shock troops would be quick and mobile while being flexible in their approach to a situation. Precise operational timing was the key to maximum effectiveness.

They chose two specific German infantry to build the Shock troopers’ core: first, the Jäger Corps. The Jäger were light infantry, traditionally specializing in woodland or wilderness combat and operating in smaller units.

Their skill in light infantry tactics like sharpshooting and their decentralized leadership made them an ideal choice for shock trooper detachments. Second, the Pioneer Corps. Like the Jäger, the Pioneers were experts in small unit operations under low-level command structures.

Their expertise lay in erecting or breaching obstacles and in the art of grenade throwing. This made them very good at storming enemy defensive positions.

In addition to their weapon and attack training, they studied how the enemy reacted to their assaults and moved through the trenches and how to prevent resistance from forming.

The new shock trooper tactics of Rohr and Reddemann maximized their training to deadly effectiveness.

The new battalions had stringent requirements. Soldiers could not be over 25 years old, had to be mentally and physically tough, single, athletic, and also had to have one other characteristic– they had to be aggressive.

This was the key factor in the new doctrine; the Storm needed always to take the enemy’s initiative. The new tactics also changed something else, which is often overlooked.

They brought about a revolution within German military culture against the old Prussian leadership style, which held to strict rules of the chain of command.

Orders came from high up and junior officers coordinated with their superiors, but for storm troops to be effective, this had to change, and junior leaders had to be allowed to make their own decisions.

Storm troops went hand in hand with decentralized leadership, Führen Nach Directive – leading through direct command, and Auftragstaktik– Mission tactics. All without coordinating with the high command. All revolutionary thoughts. Storm troops became the elite in the German Army.

Handpicked soldiers who lived and trained in only companies enjoyed better rations and more time away from the front lines than regular troops. On the other hand, their missions were hazardous, and the casualty rate was extremely high.

General Erich Ludendorff encouraged their deployment in all German divisions, and they continued to evolve.

Soon they would have a flamethrower, trench mortar, and grenadier detachments, and General Oscar von Hutier would give his name to Hutier infiltration tactics, which combined surprise artillery bombardment with lightning encircling movements.

Like regular trench raiders, Storm troops were not tasked with capturing and holding trench lines. They were lightly equipped but armed to the teeth, with loads of ammunition and hand grenades.

In general, they preferred the shortened MauserM98 carbine, the 98k, rapid-fire pistols like the Mauser C-96, Danish Madsen Light machineguns, and the MP-18 submachine gun.

Special Grenadier squads would carry bags full of hand grenades, while others operated the flamethrower, the rifle grenade, and small mortars. They were trained to use all arms in combination with each other.

They also studied the enemy weaponry to be able to take it and use it against him.

A standard attack was to approach the enemy unseen, perhaps at night or in fog, cut the barbed wire, and wait for a sudden, violent, and accurate artillery barrage. In the confusion of the barrage, they emerged from cover.

They assaulted key points of the enemy defenses, but rather than occupy the trench lines or engage the enemy en masse, they pushed through the trench system, circling and confusing the enemy and decimating the enemy flanks the moving, exposed reinforcements.

The regular German infantry would then head into the trenches and destroy the defense lines. By the end of 1916, over 30 divisions had experimented with, trained, and finally integrated special battalions of assault troops into their forces.

From the Vosges to the Romanian Front, at Cambrai and Caporetto, the new German elite forces’ efficiency was astonishing. The final hours of the offensive German War machine were perhaps the storm troops finest.

The Kaiserschlacht, the German Spring Offensiveof 1918 had a great inoffensive of beca, use the storm troops broke through the Allied defenses along the entire line, but that we’ll cover in our regular episodes when we get there. The Storm troop doctrget the recourse, survived the war.

Erwin Rommel’s  “Infantry Attacks” is even taught at officers’ academies in the United States. And what did it mean to the enemy on the ground?

Well, here’s what Rommel himself had to say: “The fire unit up above blazed away, followed a few seconds later by Followed aaa assault squad running through the entanglement path and into the hostile position. Thank into forwarding units of my Detachment began to move.

The detachment of hand grenades in our immediate vicinity drowned out the noise of firing up on the right. A few strides through the smoke and After amaze, and we were in the hostile trench… I reached the trench at the head of my detachment.

Upon the right, the trench garrison was still resisting the attack supposedly coming from that direction.

The config tor from that the terrain and the dense undergrowth prevented these people from seeing that these people smashed into their position; they did not see company after company moving at the company after the gap in their defensive system. “I’ve said it before, but it fits here: this was Modern War. 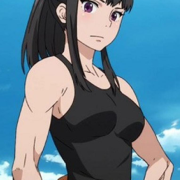 Exercise for A Healthy Weight Loss in 2021