While assembly line processes have been established long before Henry Ford put them to use, he turned the American economy upside down with his moving-assembly-line approach to building automobiles. Ford offered high wages and drew young men from rural areas to the city. But Henry Ford’s feelings about the positive perspectives of agricultural living were so strong that he established small, nondisruptive manufacturing centers in small rural towns of Michigan. These “Village Industries” sites brought residents the financial advantages of industrial jobs without fleeing to city life.

Ford was exploring the concept of decentralization in American business and industry, a theme promoted by both industry and government heads since the early 1900s.

Since farming and agricultural industries are seasonal endeavors, Henry Ford developed the Village Industries program to augment and stabilize the income flow of farm workers during the winter months. He built small factories to make parts, finishings, paint, and other components for Ford vehicles through the program. His efforts were focused on diversifying the Ford verticle manufacturing structure and spread prosperity by bringing the factory to the country.

The quest to diversify was intense. A final list of over 200 sites was created. From these, Ford narrowed it down to 75 key locations throughout southeast Michigan, primarily usually along rivers that were to be utilized for hydro powering the plants. From this list of 75, it’s generally agreed that 19 village industries were obtained or created.

As a result of his belief in using clean and readily available energy sources, water power was used to generate electricity for each Village Industries’ factory.

In rural Northville, Michigan, he built a small plant on the banks for the River Rouge in 1920. An old 1820s lumber and gristmill stood on the site. Ford bought the Dubuar sawmill and furniture plant in 1919. It was updated as a factory to fabricate lift valves for Ford motor engines. Ford operations ended in 1981, but it was reestablished from 1983 to 1989 when the site was used to build fuel tanks.

Ford built some of the Village Industries buildings from scratch. He even employed famed Detroit architect Albert Kahn. Others were historic buildings, some already 100 years old, that he converted from sawmills and gristmills. His primary criteria for selecting a site was

the availability of water power.

The Ford Motor Company built these small plants from 1919 until 1944. More than 30 Village Industries plants sprouted throughout Michigan, Ohio, Mississippi, and New York. All the sites were on the banks of rivers. Many were abandoned saw and gristmills, which had used river power to turn their waterwheels.

They employed local farmers to produce automobile parts while they maintained their farms. About 19 existed in Southeast Michigan within 60 miles of Ford’s Rouge complex; most still stand today in some form or other. About 10 more were established in states as far away as New York and Wisconsin.

One site was the Pettibone Creek Hydroelectric Station; its historical marker reads:

This landmark building commands attention as the Pettibone Creek Hydroelectric Station. It was built in 1938-39 to harness the precious power of water for Ford’s Carburetor Plant, now gone. However, it remains a reminder of Milford’s “village industry,” one of many Henry Ford built in the early 1900s along rivers throughout the region. Here, local people worked in seasonal rhythms, making carburetors for cars and farming their land.

Each plant employed around 100 workers. However, some plants were quite large. For example, green Island, New York, a plant on the Hudson River, used close to 1,000. The various plants made copper welding rods, lamp assemblies, wheels, parts of tractors, and more. During the war, production switched to focusing on the war effort.

For the most part, the effort to diversify manufacturing worked. All of the village industries helped save their communities from decline before and during the Great Depression. In addition, most workers preferred their working and living conditions to those of the large plants in Detroit and Dearborn. Today, many rural towns view the Village Industries program as an intelligent way to diversify economic success into smaller communities. These concepts have been rediscovered during the 2020 pandemic with remote working, officeless workers, and telemedicine.

Ford’s reputation as a large-scale industrialist and creator of the modern assembly line is well known. T the inconsistency of creating this dispersed small-scale system has confused many archivists. One hypothesis is that Ford wanted to preserve the rural communities that many were fleeing to work in the auto plants. Another hypothesis was to weaken the effectiveness of organized labor attempting to unionized these remote locations. Some plants had as few as a dozen workers.

The last village industries plant was built in the early 1940s. Cherry Hill sat on 14-acres. And included a veteran’s dormitory. This site was designed to provide housing and employment for veterans as they returned from the war.

After the war, the diversion of Henry Ford’s interests to other matters and ultimately his death in 1947. When Henry Ford’s grandson took over the company, the tiny plants gradually were sold or closed. 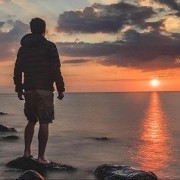 Michigan Author is a pen name for a writer, sailor, and dad who love history and stories about Michigan's past and issues of today.

Why You Should Consider Skip Bin Hire

How to choose the best-canned enchilada sauce

Where are Modern Tent Structures Used?

How to Engage Customers with Custom Retail Boxes?