The popular word guessing game has spawned numerous variations, some of which feature themes such as New York City subway stations, Taylor Swift, and LGBTQ vocabulary. One thing is on the minds of people all over the world as they open their eyes in the morning, or as they lie in bed until midnight: the newest Wordle of the day.

The online game doesn’t require much skill. You have six opportunities to guess the five-letter code word for that particular day. If a letter turns green, it indicates that you have correctly guessed what letter it is and that you have placed it in the appropriate location. When you see a yellow tile, it indicates that the letter is present in the word but it is not in the initial position. And if the color changes to gray, it’s time to go back to the drawing board.

The simplicity of the game is mirrored in the game’s user interface. The website is simple, and there are no advertisements or graphics that keep popping up to ruin the experience. Fans have to make the most of the opportunity given to them because there is only one word a day.

Interest in other word puzzles that are analogous has increased in tandem with the game’s meteoric rise in popularity over the past few months, which led to The New York Times making a seven-figure purchase of the game. There has been an explosion of spin-off websites all over the internet, each of which adds a new angle or perspective to the game.

Here are sixteen additional word games that are analogous to Wordle and offer something for everyone to try:

Josh Wardle, who is famous for having created Wordle, did so for his partner, who enjoys working puzzles. Absurdle, on the other hand, is more like Wordle’s evil twin.

Absurdle’s “adversarial” version was created by qntm. Wordle selects a word from its enormous word bank, and the player must identify it. In Absurdle, each of your predictions is used against you to prolong the game. The algorithm searches its bank of more than 2,000 words for a group of hidden words within that bank that share as few similarities as possible with your guess. To win, you must “chase Absurdle into a corner” until just one secret word remains.

This option allows you become the code master and stump your friends, but it’s not excellent for problem-solvers. On the other hand, this game lets users enter any length word and makes a shareable Wordle.

Consider Dordle a form of Wordle for multitaskers. Players are not tasked with solving a single conundrum but rather are expected to tackle two at once. Every possibility applies to both of the hidden words, which means that your brain needs to work twice as hard to solve both of the puzzles. If you think that this will be difficult, don’t worry; Dordle will give you seven guesses rather than just six.

Have you ever taken “SongPop” to be your crowning achievement? In that case, Heardle, a Worlde variant designed for those with an interest in music, is probably going to pique your interest. Players are tasked with identifying a song based solely on the introduction’s sound effects. The more quickly you can identify the song, the higher your score will be. If you get it in the first second, you immediately earn bragging rights over the other players.

Hello Wordl’s gameplay is identical to the original, except players can now choose the length of the secret word. Mystery words can be four to eleven letters long, allowing players to expand their vocabulary beyond five-letter words.

If you only think of foul-mouthed five-letter terms, Lewdle may be for you. Players have to make guesses from a bank that only contains lewd terms in Lewdle. Due to, the game will only recognize offensive terms, but there is an option to play in “sheltered mode,” which will allow less offensive guesses.

The Lord of the Rings trilogy

Lordle of the Rings is a fandom-based Wordle alternative. This game requires players to not only bring their best guesses but also their knowledge of Tolkien’s vocabulary. Moreover, the terms and names used in the primary text of “The Lord of the Rings” are candidates for the mystery words and are also acceptable answers.

Nerdle is an alternative to word puzzles in which numbers are substituted for letters. In this game, participants use numerals and symbols to answer an eight-figure math equation. In order for the site to register your guess, the calculation needs to be correct. Middle school cumulative property? 10+20=30 won’t work if 20+10=30 is the correct result.

Attention all gourmands: this one is for you. This guessing game, the answers to which are only related to food in some way, is a favorite of Martha Stewart.

She went on an Instagram rant praising the game, which was released in the month of May 2022. “Try out https://Phoodle.net if you’re looking for a new word game to play—after all, who doesn’t?” she wrote in the email.  “Live in the present. lots of fun, particularly if you have a passion for food!!!!”

Wordle’s “yassification” Queerdle introduces a new word every day that is tied to LGBTQ+ culture and community. Jordan Bouvier is the one who came up with the idea for the game. In a recent interview with Xtra Magazine, he explained that the project was an expansion of the experience of making friends through the internet.

There’s always the option of playing Quordle, in case guessing a single word is too simple and Dordle’s ability to guess two words at once isn’t enough of a challenge for you. Quordle gives players nine chances to guess each of four words. Winners can brag about a board with four times as many green squares if they win.

Try out Star Wordle if “darth” or “vader” are some of the words that you typically use as a first guess. This alternative word game features terms and names associated with the Star Wars franchise as part of its secret words. “Saber” and “grogu” are examples of game terms.

You can put your knowledge of New York City’s public transportation to the test with Subwaydle, especially if you consider yourself an expert on the New York City subway system. Therefore, the participants have a total of six opportunities to guess a legitimate subway route that utilizes all three lines in order to get from one location to another. On Friday’s puzzle, players must find two ways to get from Jefferson Avenue to Wall Street.

Taylordle, Swift’s take on the classic game, is a fun new take on the game. “Swiftie world” is this game’s key term. Previous secret words include “Style” and “Peace” or connections to people she knows, such “Alywn,” her boyfriend’s surname.. The Holy Swift Podcast, which analyzes Taylor Swift’s discography track by track, is responsible for the creation of this particular version of the game.

This “magical” take on the game, known as Wizarding Wordle, is perfect for people who are fans of the Harry Potter series. Use Harry Potter-related words like names, spells, and other five-letter words in the problem.

If geography is one of your interests, you should consider signing up for Worldle. The gameplay is significantly different from the original, despite the fact that the only difference between Worldle and the original is an extra letter in the name. Five-letter words won’t be guessed; rather, they will have six chances to correctly identify a country based on its outline. After each estimate, players see the target country’s direction, their difference from the true answer, and their accuracy.

Wordle Unlimited is a platform that has the same rules as the original Wordle and allows players to try and figure out a mystery word multiple times. If you truly just want more than one Wordle puzzle to solve each day, then Wordle Unlimited is the platform for you.

Sweardle is a Wordle-inspired online puzzle game. Unlike Wordle Sweardle, though, players will be tasked with solving puzzles including more fascinating words. In four trials, the player must predict a four-letter word. Sweardle allows you to share the mystery word on social media when you’ve solved it. Isn’t it fascinating? Sweardle is now accepting new members. Sweardle players begin challenges by guessing words with the mouse and keyboard. Each participant will be given four guesses, each with four letters that are valid. The color of the letters will change after each attempt to indicate how close you are to correctly spelling the word. To submit, press the enter key and wait for a response. Best wishes.The game’s user interface is quite appealing. There are a lot of cool elements that help gamers finish quests. Everyone can play thanks to the simple game rules. 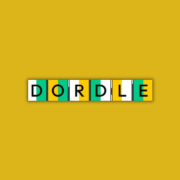 The Right Way to Eat Walnuts For Maximum Health Benefits 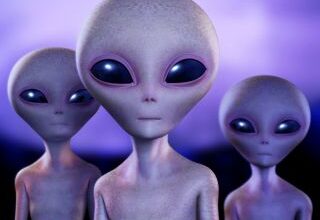 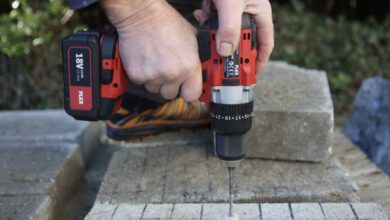 What are the common faults in using hand tools? 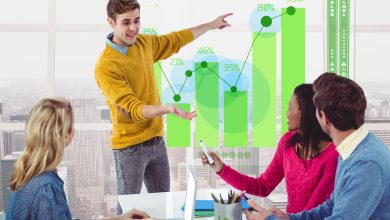 Are you searching for the top out of the various employment agencies in Toronto for Part-Time jobs?