Pakistan is a third world country, where unemployment is increasing as our education system faces a downfall. Caught up in all of this, the number of beggars on the streets is increasing at an alarming rate.

In a country where inflation is at its peak and the average income for a household is merely Rs. 20,000, it seems almost impossible for a man to support a family. There are several people who are living under the poverty line, and due to lack of educational qualifications, these people take to streets where they start to beg others for money. It seems as if begging has now become a profession.
“I see you’re healthy why do you beg? Did someone made you beg? Where are your parents? Go work don’t beg! ” I said.
“I earn more money in a week than an intrnee in corporate job get paid in a month. To go and work is difficult, working in shifts day and night is not our cup of tea. You see it’s a systematic begging process. They hire us and then they alot us places and time. They know best which day of which month is suitable for which child or women so they can make most of it” -she replied.
It is channel in each city there are hidden companies with white collars they will choose people and make them beg so they can earn. There are families doing this. Parents make their children beg. Obviously the state has its own check and balance. The police do raids frequently they even arrest them but they again come like spiders from the gutter. If just to imagine who suffer most from these, the people who are in actual need. People who have met an accident and there body parts been cut off or maybe they lost some of their senses. The systematic begging should be strictly prohibited. There should be handsome amount of ransome to be paid incase someone caught begging by false means. So that these people don’t defraud to those in actual needs.
Internet begging is modern practice of asking people to give money via internet. It may encompass requests for help meeting basic needs such as medical care tutions fee etc. 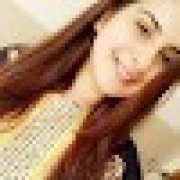 Flush Mount LED Pods for a Variety of Purposes