A spectacular and vibrant capital of Catalonia, Barcelona is home to golden beaches, jaw-dropping architecture, breathtaking scenery, and alluring attractions. Additionally, its incredible museums and art galleries, shopping spots, tasty cuisine, and serene parks deserve the real hype and attention. History lovers can take a tour of the Barri Gotic, well-known for its vernacular and spectacular architecture. Later, they can wander down La Rambla and then explore the country’s beautiful beaches to soak under the sun. Beaches are the perfect place for holidays, and while you are in Barcelona, spend a refreshing day enjoying water activities.

In addition, there are shopping sites and great cafes within the city; you can explore them during the sightseeing tours. Football fans visit the city for its exceptional soccer clubs and watch the game with complete interest.

Read the detailed travel guide and find out the incredible tourist attractions to explore in Barcelona.

The Barri Gothic or Gothic Quarter

Originally, the Gothic Quarter was the Roman village and the charming neighborhood; hence it shares fascinating history. Today, the quarter has been considered a spiritual and holy place since its construction. The site is a vibrant mix of ancient and contemporary architecture, attracting people from all corners. The fascinating historic buildings represent the rich cultural and historical heritage, which can greatly interest history enthusiasts.

Cathedral de la Santa Cruz y Santa Eulalia lies on the Monte Tabor in the center of the Gothic Quarter. Moreover, visitors can walk around the stunning cobblestone streets and eat at fancy cafes or restaurants. Football fans can watch the soccer game in the quarter and explore the unseen treasures in abundance. Other attractions include the Picasso Museum, the Placa del Rei, Casa de Padellas, and Placa del Rei for music concerts. Shopping is also an unusual activity; one can find great commercial centers and boutiques within the region.

Basílica de la Sagrada Familia lies in the northern part of Barcelona and features 18 beautiful towers touching the sky. It is one of the most unusual churches, also listed as a UNESCO World Heritage Site. Antoni Gaudi was the legendary architect of the contemporary era and was commissioned in 1883 to design the neo-Gothic church. However, he had his plan of creating his masterpiece inspired by Art Nouveau architecture.

Its grandeur and lavish exterior display the birth of Jesus Christ, and the elevation exhibits the death and Jesus reincarnation. Even though the construction was incomplete, tourists still visit the interior and witness the exquisite beauty of the holy place. The central nave of the sanctuary features 90 meters long space along with 60 meters height. The other name of the site in the Spanish language is Temple Expiatori de la Sagrada Familia. In short, Gaudi captures the finest and classic essence of modern and ancient architecture.

Las Ramblas is the heart and one of the most popular streets and the center of fun activities in Barcelona. A canopy of tropical trees, statues, dance performers, and iconic avenues surround the giant pedestrian. The typical commercial activities to experience here include selling fishes, turtles, rabbits, hamsters, or guinea pigs. Apart from this, tourists can explore beautiful cafes, restaurants, flower stalls, and opera houses. However, while you are here, don’t forget to visit La Sagrada Familia, Mercado de La Boqueria, and Catedral de Barcelona.

It divides the Old Town into two parts, and it stretches from the Placa de Catalunya down to the port. Visitors will find shops, restaurants, outdoor cafes, and pedestrian sidewalks in the street. In the daytime, you will see the locals shopping at the Mercat de la Boqueria. On some days, people prefer to enjoy live music concerts and street performances. However, at night they stroll on La Rambla and enjoy the fresh air and pleasant atmosphere.

Casa Mila or La Pedrera is a UNESCO World Heritage Site and the most popular secular building of Antoni Gaudi. It is known as ‘La Pedrera’ and translates to ‘The Stone Quarry’ because its outlook looks familiar to an open quarry. The attraction was built between 1906 and 1912, and since then, it has been the most visited site in Barcelona. It is more like a functional structure whose elevation looks versatile and displays rounded windows, metal balconies, and railings. The roof features decorative chimneys, and the entrance leads you to an inner courtyard.

The Fundacio Catalunya is a cultural center that hosts several interactive events throughout the year. Tourists can stroll around the roof terrace and witness the breathtaking scenes of the city from the heights. The site is open for public visits for the entire week and offers visitors audio guides. Moreover, there are several boutiques, a stylish restaurant, and Cafe de la Pedrera, offering great meals for lunch and dinner. Book your Aeromexico tickets and get a chance to fly above the stunning sites of Barcelona with your travel companions.

A designated UNESCO World Heritage Site and a beautifully designed park of 17 hectares are kids’ favorite spots. The park was established from 1900 to 1914 and featured lush green gardens of 12 acres created by Antoni Gaudi. Additionally, it includes large pine forests and olive groves on the woodlands of 8 acres. Beautiful fountains, grottoes, a hall, staircase, and conversation seats are displayed in the wide-open space. Also, several picnic and recreational areas offer breathtaking views of the sea and city.

Casa Museu Gaudi or Gaudi House Museum lies within Guell Park, the place where Gaudi lived for two decades. Even the park was named after Eusebi Guell, a wealthy entrepreneur who admired Gaudi’s work and became his patron. The historical attraction exhibits a collection of artifacts, including decorative things and furniture designed by Antoni Gaudi. Along with the sightseeing tours, the museum also educates the visitors about the architect’s life and work.

Like Catalan Modernist popular attractions, Camp Nou is a favorite location for all football lovers and architecture fans. It was once the venue for the Summer Olympics in Barcelona in 1992 and today, home of the FC Barcelona. Moreover, Camp Nou is the largest stadium in Europe and second-largest globally, featuring approximately 99,354 seats. The site’s highlights include the playground, the player’s changing room, tunnel, and the commentator’s boxes. Guided tours are also available, led by Official FC Barcelona in the English and Spanish languages.

If you are a true fan, do not miss going to Camp Nou and watching FC Barcelona’s videos. It can hold a larger crowd than other stadiums, and it is home to the Spanish league’s best players. In addition, there is a sports Museum, the Barca Museum, exhibiting photographs, current trophies, and multimedia demonstrations. Famous architects like Francesc Mitjans Miro and Joseph Soteras Mauri built the stadium between 1955 and 1957. The entire project cost millions of money and many years.

The Magic Fountain of Montjuic

One of the exciting things to do in Barcelona is watching the Magic Fountain of Montjuic at night. Charles Buigas designed the massive and beautiful Art Deco fountain for the 1929 International Exhibition in Montjuic. The fountain exhibits show live music, which takes place from Thursday to Sunday in the summers. However, during the off-season, the best time to explore the site is from Friday to Saturday. The evening shows last for a few hours, along with live music sessions every half hour. The whole place is lit up with glittering lights, and it looks jaw-dropping. Book United Airlines tickets from the mobile app and get ready to make each day happening and memorable in Barcelona. 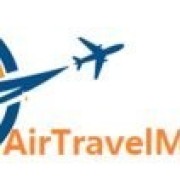 I’m Sahara Shimat. I am a travel blogger having an unlimited desire for travel and adventure. I’m not into a typical kind of life, nor do I follow the norms. Everyone thinks that traveling is always too expensive, and there’s minimal scope to it. But, being a travel blogger for so long, I have now been working with cancellationflights. So you can follow me for updates on anything about traveling as well as exciting deals from all the big and small airlines. Visit - Turkish Airlines Reservations Qatar Airways Reservations How to get a refund for the flight booked with miles at United Airlines? 5 Surprisingly Cheap Domestic Flights Anyone Can Afford How do I Speak to Someone at Air Canada? What are the best and worst Airlines in the USA? undefined 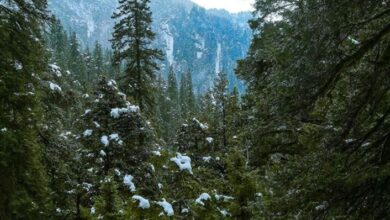 7 important technical skills to put on your resume! 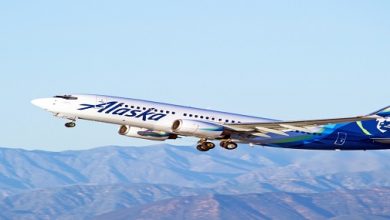 Three Days To Go: The Heat Will Soon Turn Up In Alaska